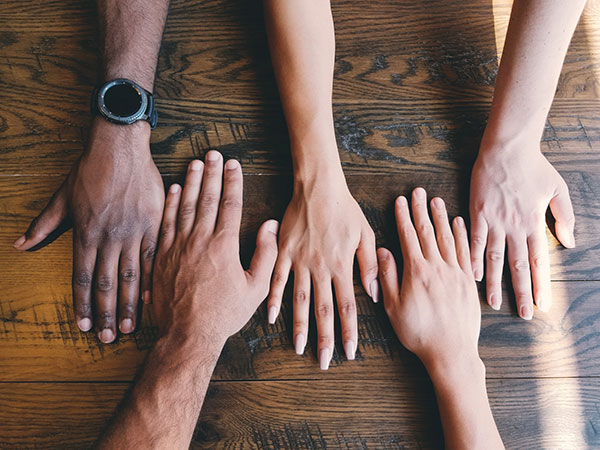 This year, Binary Noggin was sponsoring Gig City Elixir, an Elixir Conference based in Chattanooga, Tennessee. The organizers initially planned to host the conference virtually due to Covid-19. However, they decided in June to cancel the conference altogether after deciding t it would be difficult to capture the energy of their live event in a digital format.

Before the decision was made to cancel the conference, Binary Noggin’s then administrative assistant Carolyn interviewed conference organizers Bruce and Maggie Tate. Bruce wasn’t able to join for the initial chat, but he contributed to the conversation through offering emailed insights. Even though the conference isn’t happening, our conversation meandered into topics of relevance in today’s world and we decided it still merited a blog post. Enjoy!

Tech Conferences: Why Host Them?

Carolyn: So, Maggie, can you tell me about your background? How did you get into the software development world?

Maggie: Well, my college background was all liberal arts. After college I was a meeting planner and taught at a Montessori school. Bruce has always been involved with computers for his career and I became part of the software development community when we married. We moved to Chattanooga three years ago and decided to host our first conference in 2018.

Carolyn: What made you two want to host an Elixir conference? What need within the community were you trying to fill?

Maggie: Bruce was providing tech mentorship to a group of underrepresented people in technology and he wanted them to be able to sit down with some of the best computer scientists in the world. We started the conference as a way to create that opportunity. Speakers at that first conference included Stu Halloway, John Hughes, Dave Thomas, and James Gray – all renowned professionals who were tremendously gracious in spending time with our mentees.

Carolyn: Way cool!  My understanding is that GigCity isn’t the only Elixir conference you have been involved with, correct?

Maggie: That’s correct. Back in February, Bruce and I organized the Lonestar Elixir Conference in Austin, Texas. This is a regional conference now, but it was the original Elixir conference before ElixirConf became the national conference. We were offered the opportunity to take over running it by our friend Jim Freeze, who was impressed with our previous GigCity conferences.

Carolyn: What is it about conferences that makes them so valuable for programmers?

Maggie: Conferences are great because of the way people are able to interact. We think of hosting them as creating space for the hallway track for the community to play. I love watching the technically-minded people speaking with each other. You can feel the synergy in the room and see the light bulbs going off as people are engaging with ideas together.

Carolyn: Aaah, I get it. I haven’t been to a software development conference, but I have been to theater and board game conventions and I’d imagine the energy is very similar. What is it, specifically, that makes GigCity Elixir so great?

Maggie: GigCity is a regional conference. It’s smaller, which makes it more accessible to more people. Typically, we have around 150 attendees and that includes 18 to 20 staff members and speakers. We also try to keep the attendee to speaker ratio low so that there are plenty of opportunities for people to personally engage with each other throughout the weekend. The feedback we get from attendees consistently says that the best part of our conference was the connections people made.

Challenges in the Field: Stuck in Java

Carolyn: What are some of the traits that you think make a great programmer?

Maggie: Bruce would say that “good programmers are passionate about what they do and curious. Groxio [Bruce and Maggie’s company] is founded on this premise”.

Maggie: That’s another great Bruce question. We focus on Elixir because it is a functional programming language. “Functional programming is both simpler and more powerful than object-oriented programming. It’s closer to true science and math, as it’s taught in high school. Elixir is a language that combines approachability with power”.

Bruce and I volunteer with students in our area high school, and a lot of them are “still stuck in Java.” We are trying to introduce them to functional programming in high school so that they have a foundation for entering the modern-day tech field.

Carolyn: Can you explain what you mean by “stuck in Java” to a non-computer science savvy person?

Maggie: Oh, sure. Java is object-orientated programming. There is certainly an ongoing need for it, but it’s also dated and will be more so when current high school and college students graduate. They need to be exposed to innovative and new technologies and ideas. Hence Elixir and networking kids we are mentoring with Elixir programmers. We believe that our Elixir program makes better Java developers because there is less ceremony and more emphasis on problem-solving and composition.

Diversity in the Tech World

Carolyn: Can we spend the last few minutes talking about diversity in the comp sci world?

Maggie: Certainly! Did you know that the number of women in computer science actually peaked in the 80s or 90s and has been going down since then?

Carolyn: Wait, what? That is now what I would have expected! I thought we are making progress on getting women and girls involved in STEM.

Maggie: I don’t have all the details in front of me, but I would definitely encourage you to research the peak and decline I am talking about more. It would also be interesting to research when women and girls start diverting from tech fields. In middle school maybe?

Carolyn: Those are both things I will definitely be looking into further.*

Maggie: Are you familiar with the idea that women feel they need 100% of the skills listed before they seek a job while men need only about 60% of the skills to apply for a  job?

Carolyn: I think so? I remember reading somewhere that men are more likely than women are to apply for a job when they don’t meet all of the qualifications. [The book I was thinking of was The Confidence Code: The Science and Art of Self-Assurance- What Women Should Knowby Katy Kay and Claire Shipman. This book touched on a lot of topics, including how women are often socialized to be less confident and more risk-averse than men.]

Maggie: “You can’t be what you can’t see” is a phrase we use a lot. Among the minorities and women we volunteer with, we consistently encounter a lack of self-belief. We want to help people envision different possibilities and better futures for themselves.

One of our conferences had around 30 female attendees out of approximately 150 total – and we had a female attendee that year inform us this was the most women she had ever seen at a tech conference.

Carolyn: That’s amazing! Representation is so important because it opens new mental possibilities for people.

One final question for you:  What are the biggest challenges and opportunities you see in the software development world right now? You’ve mentioned Bruce is a “big picture” thinker like me. Where does he see the industry going?

Bruce: “The biggest challenges have come out of both the global pandemic and the nationwide riots after the killing of George Floyd. As an industry we need to come to grips with our lack of diversity. Better diversity makes business sense. We at Groxio believe that the emergence of functional programming presents an opportunity to engage people who have previously been left behind, much like the African continent skipped a generation of phone technology and went straight to cellular. In the same way we can teach functional programming to new programmers and developers who have never used object-oriented technology.”

Carolyn: Wow, that really ties together a lot of the things we have been talking about today! What a powerful vision. Maggie, and Bruce, thanks so much for your time today.

* Be on the lookout for future blog posts addressing both of Maggie’s inquiries in greater detail.

Bruce Tate is a kayaker, climber, programmer and father of two from Chattanooga, Tennessee. A serial entrepreneur, he has helped start three companies, and most recently served as CTO for icanmakeitbetter. The author of more than a dozen books is active in the Elixir community as a speaker, author, editor and conference organizer. His love for teaching and computer languages led him to found Groxio in 2018.

Maggie Tate is a photographer and social media guru from Chattanooga, Tennessee. At Groxio, she is the Director of Communications and lead organizer for the GigCityElixir Conference. Maggie has managed the social media program for The Camp House in Chattanooga and acted as Director of Communications for Mission Chattanooga. She served on the board of Rawson-Saunders School in Austin, Texas, and now volunteers at Brown Academy.