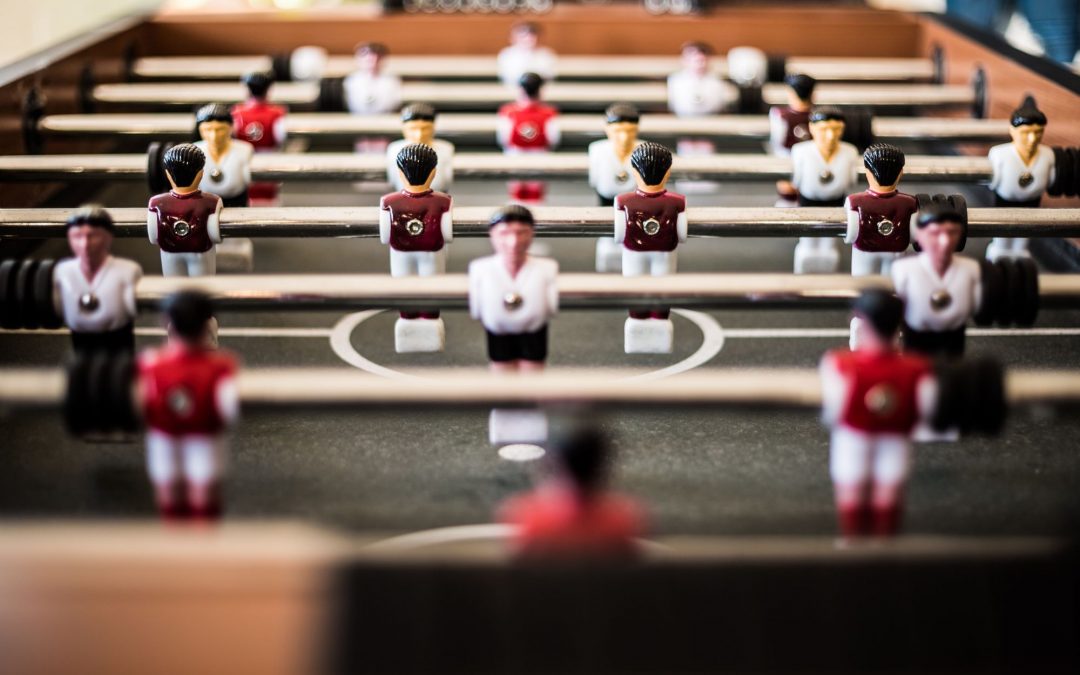 Why on earth does it take so long for the team to get to a point where it’s actually productive? You’ve gathered all the right people and you have an end goal, so it seems like the team should take off right from the start.

In 1965, psychologist Bruce Tuckman published his stages of team development – Forming, Storming, Norming, and Performing – in an article called “Developmental Sequence in Small Groups”. A few years later, he completed the list with ‘Adjourning’. These stages explain why it takes time and patience for a team to reach peak productivity.

The five phases outline the dynamic of a team from the moment the team assembles to the time at which everyone says goodbye. The amount of time it takes to work through each stage varys from team to team. Taking the time to understand where your team is at will help increase productivity, as well as help every member of the team have a more pleasant experience. Weekly meetings and reflections will help to ensure that the team is moving together.

Congratulations! You have a team. Everyone is introducing themselves to each other and trying to see where they fit. That guy in the blue shirt is super excited to get started on the project. That girl with the blonde hair is a little anxious about finding her stride in the group. There is a conversational buzz in the air as everyone begins to get to know each other.

The Forming stage is just that – the stage in which the team forms. In this stage, people aren’t entirely relaxed. Some may be quiet or on edge, while others are outgoing and excited about the project. People will act based on the roles that they hold in daily life. For example, if someone is more of a leader or a follower, they’ll act as such in the group setting. This leads to people falling into an initial hierarchy of leadership.

During the Forming stage, the team needs to focus on finding a structure for the group, understanding the goals of the group as a whole, and finding the roles that everyone within the group will fill. This will help the team to smoothly integrate and find their stride.

Your weekly retrospective meetings during this phase should focus on making sure the team has a chance to get to know each other. Activities like laser tag or other fun outings would be a great way to plant seeds of camaraderie between team members. It is important to focus on team building during this time.

Great, so you’ve settled in now. The project has been started and everyone finally remembers everyone’s name. Unfortunately, as familiarity builds, so does the awareness of everyone’s more… annoying habits. It’s no small miracle that everyone makes it through the whole ordeal without pulling out someone else’s hair.

The Storming stage is undoubtedly the roughest aspect of team development. This is the stage where everyone must come to terms with the team’s failings. During this stage, high irritability and frustration are to be expected. Individuals will try to establish whom they want to be in a more forceful, independent way. This is also the stage in which there may be a form of leadership struggle as those who typically take charge butt heads.

During this stage, the overall goal should be broken down into smaller steps so that the team can see their progress. Clear goals and task assignments keep tensions low, as people will know what they are to do.

The retrospective meetings that happen during this phase should still focus on team building. Now, however, your team needs to focus on what they need to do to smooth out rough edges and start working as a group. Try to agree on boundaries and standards for the team.

Now that the storm has begun to calm, everyone is starting to see who the other team members truly are. Team members are aware of each other’s strengths and weaknesses. Each member of the team begins to settle into his or her groove.

Norming is when team interactions begin to – you guessed it – normalize. Friendships begin to form, and the tensions from the Storming phase begin to relax. The team understands where the strengths and weaknesses of each member lay. The pieces of the team begin to click into place. The team will also begin to develop inside jokes and personal connections.

The Norming stage has a general increase in productivity. Team members trust each other to make judgments on what tasks need to be tackled as the team as a whole becomes more focused on the end project. This is the time to begin to see what constructive criticisms the group has for each other, in addition to doing evaluations.

At this point, your retrospective meetings should consist of trying to polish overall effectiveness of the team. Figure out what each individual can do to increase the team’s quality, speed, bus number, and overall productivity.

This is it – the moment you’ve been waiting for. It’s like when you’re cutting wrapping paper and the scissors just start to glide. Everyone knows the strengths and weaknesses of the team. No one has drastic over- or underestimations of anyone else. Productivity is at its highest.

The Performing stage is the smoothest, most productive part of team development. All members of the team have finally gotten used to the others. Interactions between team members are smooth and pleasant. Productivity is at its peak.

During the Performing stage, the team continues to polish their group interactions and individual skills. As the team accomplishes major goals, they should be celebrated.

Well, that’s that. You’ve finished your project. It’s been a great run – you’ve made a few new friends, maybe tried out that new restaurant someone recommended, and perfected that Abbott and Costello skit with half of the team. On top of all that, the team has put together a fantastic project. But the time has come to say goodbye. So, goodbye!

As the project nears completion, the team enters the Adjourning stage. Productivity may very well slow down again during this stage. Team members may become more focused on the team than the task, or become sad at the concept of losing the camaraderie built up over the course of the project.

During the Adjourning stage, it is important for the team to finish up all remaining parts of the project. In addition, the team can take time to reflect on the growth that they went through over the course of the project and note lessons they learned along the way.

This retrospective meeting should consist of looking at how much everyone has grown throughout their time together. Victories and defeats all turn into lessons learned. You can wind down, relax, and maybe have another one of those team outings. You all earned it together.